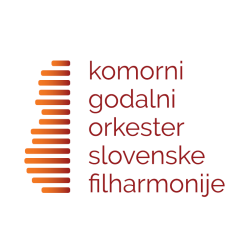 Pre-sale ended on May 11 2019. Join Festival Ljubljana Club and get 10% discount at ljubljanafestival.si/klub/. On the day of the event the discount does not apply.

Winner of the prestigious Aviv Competition in 2007, Israeli musician Avi Avital is the first mandolinist in the history of the competition to be so honoured. A passionate and charismatic musician, his performances have electrified audiences around the world. He is also the first mandolin soloist to be nominated for a classical Grammy. Critics and the media have compared him to the legendary guitarist Andrés Segovia for his mastery of his instrument, and to the violinist Jascha Heifetz for his incredible virtuosity. He himself says that the most exciting part of being a classical mandolin player is that it opens a wide field for creative freedom. He says that when he commissions new pieces and engages with different musical styles, he feels that he is bringing to light new faces of this unique instrument, uncovering what is hiding there. An exclusive Deutsche Grammophon artist, he has made four recordings for the label, including his album Vivaldi, which won an ECHO Klassik award in 2015. He plays a mandolin made specially for him by Israeli luthier Arik Kerman. At the concert Strings Connection, he will join forces with the fourteen musicians of the Slovene Philharmonic String Chamber Orchestra to perform works by Vivaldi, Bach, Bartók, Tchaikovsky and Tsintsadze.