Dear visitors of Ljubljana Festival events, if an individual event would be canceled due to an epidemic all ticket buyers will be refunded their purchase price.

“Out of love for beloved Ljubljana, a beautiful thought was born: to inspire the Slovenian capital with summer events, cultural and artistic performances that will take its name across the European cultural community; to transform it into a major festival event, venue, and an epicentre of culture in general. A soothing, sparkling dream came from who knows where: Ljubljana was to become Salzburg, Verona, Bayreuth, Edinburgh – in the southeast of Europe.”
dr. Fran Vatovec, proponent of the establishment of the Ljubljana Summer Festival; from the book ‘20 Years of Festival Ljubljana’ (Festival Ljubljana 20 let), 1972

The institution continuously provides cultural fare for the public through a wide range of cultural events and organises activities relating to theatre, music, the visual arts, conventions, etc. The main event organised by Festival Ljubljana is the International Summer Festival (symphonic and chamber concerts, as well as opera, ballet and theatre performances featuring first-class foreign and domestic artists). The diversity of the Summer Festival is further enhanced by the International Fine Arts Colony, which sees Slovenian and foreign artists gather annually in the splendid surroundings of Plečnik’s Križanke complex, and also features children’s and youth workshops led by acclaimed and well-established artists.

Festival Ljubljana also organises Slovenian Music Days, a festival of contemporary music that gives Slovenian artists the opportunity to perform and stage productions as well as perform new compositions of their own. The event takes place in the late spring and comprises concerts and a symposium, the latter of which is an annual draw for renowned musicologists from across Europe, who attend to discuss new topics. A dash of flavour is added to the Slovenian Music Days by accompanying events, such as round-table discussions, exhibitions, book presentations, etc. Festival Ljubljana also draws attention to the rich heritage of the entire Slovenian cultural space through its choice of musicological topics. The annual collections of papers written by symposium participants serve as an important indicator of time and space.

Part of Festival Ljubljana’s efforts is dedicated to uncovering young musical talent. To this end, the institution has featured the Young Virtuosi music cycle for a number of years. The aim of the concert series is to present to the general public Slovenia’s top musical talent, most of whom are previous winners of the Slovenian Music Competition for Youth. As the concerts are organised in collaboration with RTV Slovenija, most of them are recorded, which is especially important for young artists to get established.

In December, students from music schools traditionally take to the stage at the Knights’ Hall of the Križanke complex, with it being the first time many will experience what it’s like to be on stage and performing in front of an audience. The Knights’ Hall is also the venue for various other gatherings during the festive season.

In 2017, Festival Ljubljana carried out activities to include a winter festival as a regular feature in its programme. The concert by London’s Royal Philharmonic Orchestra, which was held on 9 February 2017, was the first herald for the winter festival, which is to take place every year in February.

Festival Ljubljana is considered one of the most important cultural and art institutions in this part of Europe. It has won recognition for its long tradition, fine selection of featured artists and events, artistic excellence and, last but not least, its affordability to a wide circle of visitors. One of the organisations mottos declares: “Our basic mission is to provide a good programme; cultural tourism should be its result.” This is how the Festival contributes to Ljubljana’s respected reputation as a compelling tourist destination and a city of festivals that offers cutting-edge artistic programmes.

Through its high-quality cultural content, Festival Ljubljana not only cultivates and educates, raises cultural awareness and contributes to general knowledge, it also provides experiences that broaden one’s mental framework. It gives talented young artists the opportunity to present themselves to wider audiences. Festival Ljubljana has a long and distinguished tradition of supporting orchestras composed of young musicians, and masterclasses. For over two decades, it has run the international music cycle titled Young Virtuosi, which showcases various talents, winners of numerous competitions. Two new projects – Branimir Slokar Academy and Branimir Slokar Academy International Youth Orchestra – have helped put both Festival Ljubljana and the Slovenian capital on the map of globally recognised learning centres.

In collaboration with established professionals, Festival Ljubljana organises workshops for young people. In addition to memorable holidays, the experience gives children and youths of all ages and from different social backgrounds a solid grounding in fine arts, rhythm, dancing and singing, while also paying special attention to less privileged children from disadvantaged communities. For many of the attendees, the workshops, attendance at performances and meeting artists represent their first contacts with culture and art. Through these efforts, Festival Ljubljana is nurturing the future audiences for its summer cultural events.

Festival Ljubljana’s pricing policy aims to make various types of cultural programmes accessible to the widest possible number of visitors, and plans to continue offering special discounts for tickets for young people. All Young Virtuosi events are free of charge, as are some of the concerts organised in the framework of the Slovenian Music Days. Persons with reduced mobility (disabled people using wheelchairs) can see all of the Festival Ljubljana events for free.

Festival Ljubljana works with both foreign and domestic institutions when it comes to planning, organising and running events. Fostering local, national and international connections is essential in order to maintain the high level of culture on offer and heighten awareness, and to promote both Festival Ljubljana and the city of Ljubljana itself. The institution has strong links with various foreign embassies and cultural posts in Slovenia, as well as with the European capitals and their festivals, mayors, ministries of culture and prime ministers. It also works with several prominent cultural institutions in Russia, Israel and China. Festival Ljubljana partners up with Slovenian and foreign festivals when it comes to international applications of projects to various tenders for EU programme grants.

Most of Festival Ljubljana’s events are held at the Križanke complex venues, which are the perfect ambience for unique artistic experiences. In addition to the main venue, the Križanke Summer Theatre, events can also take place in the Grand Foyer, the Pergola, the Devil’s Courtyard and the Knights’ Hall. Serving as a beautiful backdrop for performers, the Križanke monastery complex is a unique historical and architectural monument in Ljubljana and was proclaimed a cultural monument of national significance in 2016. Therefore, Festival Ljubljana looks to increase Križanke’s visibility and raise awareness of its significance as a unique historical and architectural gem that offers unforgettable artistic experiences.

At the same time, it takes the spirit of excellence and uniqueness that dwells in Križanke to other compelling locations in the capital. The aim is to organise as many high-profile events as possible at the city’s exceptional Congress Square, and continue longstanding collaboration with other cultural centres such as Cankarjev dom, the Slovenian Philharmonic, the Slovenian National Theatre Opera and Ballet Ljubljana, Modern Gallery and others, as well as with smaller venues like the National University Library, Glasbena Matica music society, the Conservatory of Music and more. Festival Ljubljana is looking forward to discovering and developing new venues that too would host cutting-edge artistic projects and performances here in Ljubljana.

Every year, in the context of different projects, Festival Ljubljana hosts some 4000 artists from more than 50 countries. It is a member of the distinguished international European Festivals Association, seated in Gent, Belgium, which has been serving as an umbrella organisation representing 82 festivals, national festival associations and cultural networks from 44 countries for more than 60 years. Festival Ljubljana joined EFA in 1977.

As part of their Feniks (Phoenix) Award for the best project of 2010, the Chamber of Commerce and Industry of Slovenia conferred on Festival Ljubljana their award as a client of the awarded project, which saw the Pristop agency receive first prize – the Feniks statue – for its marketing and communications support for Festival Ljubljana.

On 9 May 2014, the Municipality of Ljubljana awarded the 2014 City of Ljubljana Plaque to the institution, giving the following reasons for this decision: Festival Ljubljana has raised the level of culture on offer in Slovenia and its capital to an enviable level, and surpasses it each year with its carefully selected programme and internationally acclaimed guest appearances. The institution provides invaluable support to presenting and researching Slovenian contemporary and past achievements in musical creativity, which is preserved in the collections of papers written by the international musicology symposium participants.

In 2017, Festival Ljubljana was awarded the EFFE Label for the second time, which is the industry benchmark for managing a quality brand and the marketing of any festival in any country and Europe as a whole. The Director of Festival Ljubljana, Darko Brlek, has been awarded the following accolades: the Prešeren Award, bestowed by the University of Ljubljana; the Betetto Award; the Župančič Award; honorary citizenship of Hajdina Municipality; and the title of “Manager in Culture” in the 2016 Finance newspaper for outstanding business achievements. 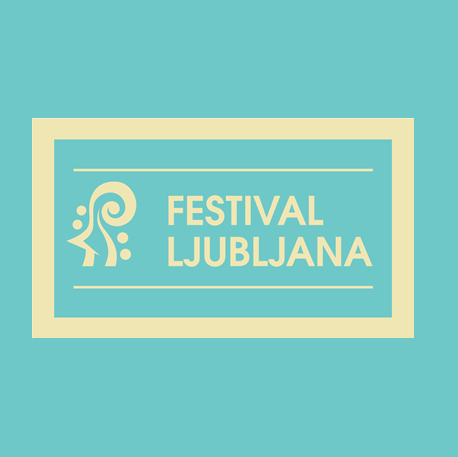