We would like to inform you that the new dates for the play Birds of a Kind are not yet known. Ticket holders are kindly requested to send an e-mail to blagajna@ljubljanafestival.si for a refund. If you bought your tickets at the Križanke Box Office, you can also go to the box office every weekday between 10.00 am and 4.00 pm with the original tickets.
Thank you for your understanding. 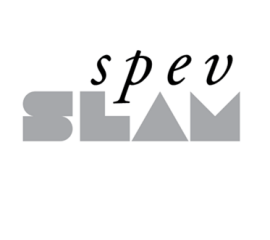 The programme brochure of 35th Music Days is available here.

Voting for the best slovene spevSLAM will start on 14th April at 12.00 pm and will be open until 21st April till 12.00 pm on the website spevslam.si


The winner will be announced on 21st April at 6.15 pm over live stream on websites spevslam.si and ljubljanafestival.si.

The winners of this year’s spevSLAM are:

The prize money was provided by Festival Ljubljana.

The Society of Slovene Composers awards the prize in the form of CDs and musicnotes editions to the first three places.

In the period of the awakening of national consciousness in the mid-nineteenth century, settings of Slovene texts for solo voice with piano accompaniment served as an excellent affirmation of the national cultural awareness of Slovenes which, thanks in part to the conveniently small number of performers required (voice and piano), spread widely among the population. The lieder genre also gained popularity with the help of songbooks, music publications and sheet music. In the wake of the remarkable success of the first beseda events (social entertaiments), the Slovensko društvo (“Slovene Society”) decided to print the works performed there. Accordingly, the first issue of the songbook Slovenska gerlica (“Slovene Turtle Dove”), published in 1848, also included Slovene lieder and the following motto: “The Slovene turtle dove sings sweetly in her native grove and invites her dear brothers, her dear sisters to sing with her.” Today art song or lieder is a relatively modestly represented genre in Slovenia, both on concert stages and among composers. For this reason, the innovative spevSLAM event is an outstanding opportunity for the creation and performance of new Slovene lieder. The first event of this kind, called songSLAM, took place in New York in 2015. The first spevSLAM in Slovenia was organised in March 2019 by the soprano Theresa Plut, who firmly believes in the boundless riches of the Slovene language and the creativity of composers, singers and pianists. The event was a resounding success. spevSLAM brings together classical composers and performers and forms them into groups. These groups then give the premiere performances of new lieder and compete for prizes (despite the competitive element, the atmosphere is a relaxed one). Each group (consisting of a singer, a pianist and a composer) presents a new song in Slovene, with the composer also present at the premiere performance. The winners are determined not by a jury but by the audience. The essence of spevSLAM does not, in fact, lie in choosing the best songs on the basis of expert evaluation; rather, it aims to encourage the creation of new Slovene lieder, to offer younger and less well known composers and performers the chance to present themselves and, at the same time, by activating listeners, to build ties between all the elements that make up the musical circuit: composers, performers and audience. Just like a century and a half ago, the event invites performers to sing settings of Slovene texts in the company of “brothers and sisters” who will also decide the prize winners.