We would like to inform you that due to technical updates there might be some difficulties with online ticket purchase. More info on tel. (0)1/241 60 26.
We apologize for the inconvenience.

We would also like to inform you that the new dates for the play Birds of Kinds are not yet known. Ticket holders are kindly requested to send an e-mail to blagajna@ljubljanafestival.si for a refund. If you bought your tickets at the Križanke Box Office, you can go to the box office as well every weekday between 10.00 am and 4.00 pm with the original tickets. 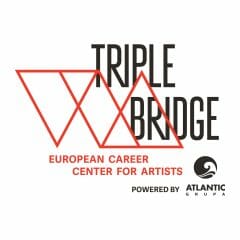 Master classes within the Branimir Slokar Academy offer an active participant a perfect insight into music literature with the guidance of excellent musicians. The programme selection will be done as a result of work during the master class.

In the Ljubljana International Orchestra, young musicians from approximately 35 different countries receive excellent music education and strive to achieve the highest performance level. The orchestra enables international mobility of musicians in Europe and uses the power of music to encourage international dialogue. The Branimir Slokar Academy supports the orchestra’s long-term development, providing outstanding young musicians with the invaluable experience of playing in a symphonic orchestra and working with distinguished professors, conductors and soloists. The Ljubljana International Orchestra has performed in Slovenia, Italy, Austria, Croatia, Serbia, the United Kingdom and Spain. Conductors Klaus Arp (Germany) and Živa Ploj Peršuh (Slovenia) have played a significant role in the development of the orchestra that is increasingly gaining recognition among young musicians and professional leading artists across the globe.

»Hard work, talent and expertise have led conductor Živa Ploj Peršuh to becoming an established figure in Slovene music. And she continues to surprise audiences with her fresh and convincing performances.«

Internationally, she has conducted the Baden-Baden Philharmonic Orchestra, the Wurttemberg Philharmonic Orchestra Reutlingen, the Stuttgart Chamber Orchestra, the Plovdiv Philharmonic Orchestra, the Wroclaw Philharmonic and other orchestras. She has collaborated on musical projects in Mannheim and at the Lucerne Festival. In Slovenia, she works regularly with all national orchestras. With her Ljubljana International Orchestra, she toured in Italy, Serbia, Great Britain and Spain. She is the Artistic Director of the Branimir Slokar Academy – educational and artistic programmes for emerging artists. In Slovene National Theater Opera Ljubljana, she recently conducted Strauss’ Salome and in Teatro Verdi in Trieste Swan Lake both with great acclaim. She conducted also HeartMeat, a new contemporary dance production of the Slovene National Theater. She conducted Verdi’s Otello in January 2016 and Puccini’s Madama Butterfly in 2017.