“Choreographer Edward Clug created his work Stabat Mater for the Munich Ballet at the Staatstheater am Gärtnerplatz in July 2013. From the context of the legendary Pergolesi’s foundation in 1736, the only passion of the Virgin Mary set to music, Clug wanted to bring his own experience of Pergolesi’s sacral (and in some sense metaphysical) masterpiece to a new musical discourse.”

The following was written about Requiem for Two Chairs:

“The solo dance piece Requiem for Two Chairs was commissioned in 2006 by the Dutch dance troupe Station Zuid for the renowned Slovenian dancer Christian Guerematchi, who has been working in the Netherlands for many years. In recognition of his work, in 2012 he was nominated for the Netherlands’ most prestigious award for dance, De Swanen (the Swan). After its debut in 2006 in Tilburg, and after being widely performed in the Netherlands, this is the first time the choreographic solo will be originally interpreted by Christian Guerematchi in Slovenia.” 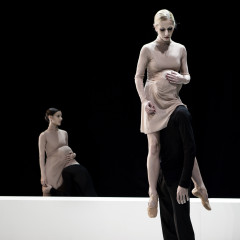 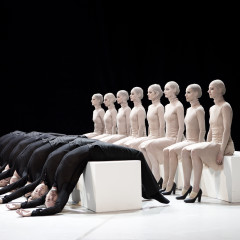 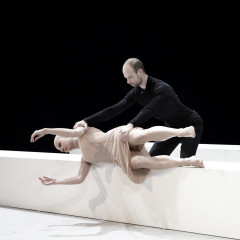