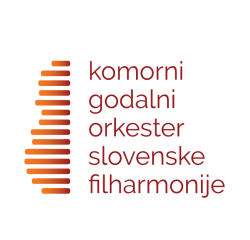 The National Gallery hosts a group of Slovene soloists who have achieved significant acclaim both at home and abroad in a concert dedicated to the rich musical legacy of the Bach family. J. S. Bach was one of the most important and most prolific composers of the Baroque period. He was also the father of twenty children, several of whom continued in their father‘s musical footsteps. The two central items on the programme are Bach‘s Triple Concerto for flute, violin, harpsichord and string orchestra in A minor and Brandenburg Concerto No 5, for the same ensemble. The programme also includes Bach‘s Fantasia and Fugue in G minor transcribed for string orchestra, his son C. P. E. Bach‘s Sinfonia No 5 in B minor and the famous Lamento by Johann Christoph Bach. The Slovene Philharmonic String Chamber Orchestra are joined by harpsichordist Tomaž Sevšek, soprano Nika Gorič, flautist Boris Bizjak and violinist Lana Trotovšek, the latter two of whom demonstrated their remarkable talents in an enthusiastically received concert at last year‘s festival.