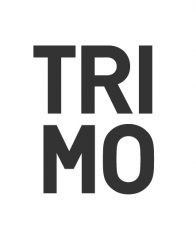 The concert of tenor Jonas Kaufmann, which is scheduled for Wednesday, 11th August, will take place in Cankarjev dom at 8.30 pm. We require a change of tickets, which you can do at Križanke box office:

and at the info counter in the first foyer of Cankarjev dom on the day of the concert from 5.00 pm till 8.30 pm.

Charming tenor Jonas Kaufmann returns to the Slovene capital following last year’s astonishing Ljubljana Festival debut. The German singer, who is distinguished for his superlative technique and is frequently referred to as the “king of tenors”, is very highly regarded due to his ability to enter fully into whatever character he is portraying.  The evening of opera arias will be based on the two main operatic orientations of the 19th century – Italian and German. Verdi and Wagner were born in the same year. They both enjoyed distinction and were influential. But from there on they had little in common. Verdi’s operas are infused with a lightness, they are extroverted with gorgeous melodies and appealing, for the most part, love stories. Wagner’s musical dramas are characterised by long phrases merging one into another. He is also known for his leitmotif, a sound element that he uses to psychologically mark the role. He most commonly draws his inspirations from German mythology. Amilcare Ponchielli was the other main opera figure in Italy after Verdi, while Ruggiero Leoncavallo was one of the exponents of Italian verismo.  The tenor will be accompanied by the RTV Slovenia Symphony Orchestra under the German conductor Jochen Rieder, who has been linked to Kaufmann through many years of outstanding and intensive musical collaboration.