We would like to inform all visitors that the 4th concert of the Tartini String Quartet, scheduled for Tuesday, 31 January, has been postponed to 21 February due to illness. The location and the time of beginning of the concert remain unchanged, so an exchange of tickets is not necessary. 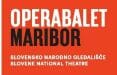 
“Love is a rebellious bird that no one can tame. Whoever tries to capture it is wasting their time.” These words were written by the composer Georges Bizet for one of the most famous protagonists in the world of opera – the gypsy-woman Carmen, a worker in a cigarette factory in Seville, who likes to uses her charms to seduce men, but her game ends in death; the betrayed Don José stabs the seductress to death in a rage. The story, which is set in Andalusia and embellished by the composer’s melodious songs and the appealing rhythms of the regional dances, presents the audience with heroes from the everyday world. The opera ensemble of the Slovene National Theatre Maribor will be joined in the title role by Romanian mezzo-soprano, Ramona Zaharia. The performance’s overall concept will be guided by the Andalusian opera director Juan Guillermo Nova, who is credited with staging many operas and known for “expertly made and skilfully utilised projections, which blend perfectly with the physical contours of the stage”. This, one of the most popular operas, will be directed by the pianist and conductor Simon Krečič, who has for a number of years been the artistic director of the Opera of the Slovene National Theatre Maribor. He directed the staging of what were two major cultural projects for Slovenia: Wagner’s Das Rheingold and Nina Šenk’s Marpurgi (“The Morpurgos”).