The honorary patron of the event is her excellency mag. iur. Elisabeth Ellison - Kramer, Ambassador of the Republic of Austria. 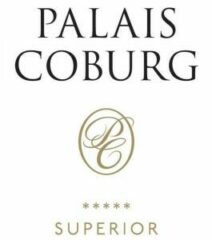 The Vienna Boys’ Choir, which boasts a 500-year musical and educational tradition, numbers around a hundred choristers aged nine to fourteen, divided into four touring choirs. The foundations of the choir were laid in 1498 by Holy Roman Emperor Maximilian I and its first choir master was Jurij Slatkonja from Ljubljana, who later became the first bishop of Vienna. Until 1918, the boys sang exclusively for the imperial court, at Masses, and private occasions and at state events. Many musicians have worked for the choir, among them Heinrich Isaac, Johann Joseph Fux, Wolfgang Amadeus Mozart, Antonio Salieri and Anton Bruckner. The composers Jacobus Gallus and Franz Schubert were themselves members of the choir. The Vienna Boys’ Choir gives around 300 concerts each year, to an audience of almost half a million people in Europe, Asia and the Americas. The choir’s repertoire includes everything from medieval music to contemporary and experimental music.  Along with members of the Vienna Philharmonic Orchestra and the Vienna State Opera Chorus, the choir maintains the tradition of court musicians and performs music for Sunday Mass in Vienna’s Imperial Chapel. The concert will offer an excellent insight into the brilliant technique of the young singers. The first part will consist of arias, substantial choral works and art songs by the most important Austrian and German composers of the Classical, Romantic periods, with a slight detour into Italian bel canto. The programme will also take in other musical traditions, including songs in Japanese and Maori, and lighter yet no less demanding genres such as arrangements of polkas by members of the Strauss family.

The honorary patron of the event is her excellency mag. iur. Elisabeth Ellison - Kramer, Ambassador of the Republic of Austria.