S. GUBAIDULINA: Concerto for Viola and Orchestra
A. BRUCKNER: Symphony No 9 in D minor, WAB 109

Junge Deutsche Philharmonie is comprised of the best students from German senior music schools between 18 and 28 years of age, ensuring the highest level of musicality. In addition to the symphonic repertoire there are focuses on contemporary and on early music. Orchestra members are part of the management structure and so vote on the work of the ensemble, which is expanding into further education, and so its most important task is specifically the link between study and career.

Conductor Jonathan Nott was the recipient of the Bavarian Culture Award in 2009, the honorary ring of the city of Bamberg, and the Bavarian Order of Merit in 2011. The maestro is popular among all the leading American and European orchestras. Since last year Jonathan Nott has been the Principle Conductor and Artistic Advisor of the Junge Deutsche Philharmonie, as well as the Music Director of the Tokyo Symphony Orchestra. In January 2015 he was named Music and Artistic Director of the Orchestre de la Suisse Romande, and will assume the position in January 2017.

Violinist Antoine Tamestit, born in 1979 in Paris, garnered attention when he won first prize at the most important competitions in Paris, Chicago, and New York, as well as the prestigious ARD competition in Munich, all in quick succession. Today Tamestit plays with all the leading orchestras and at numerous prestigious festivals. 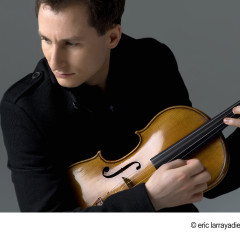 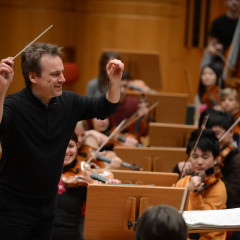