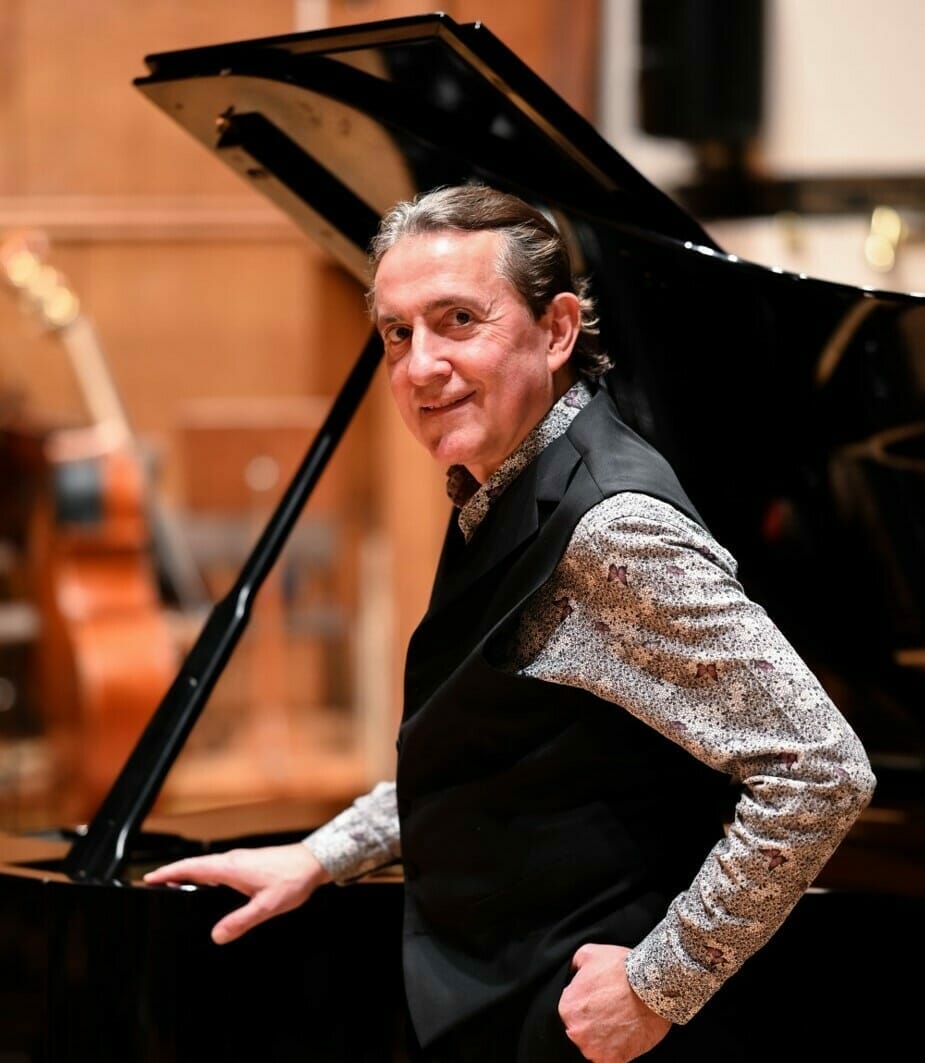 Angelov has performed at major concert halls, such as the Philharmonie in Berlin, Musikverein and Staatsoper in Vienna, Concertgebouw in Amsterdam, Pleyel and Gaveau in Paris, Teatro alla Scala in Milan, Lincoln Centre in New York, Alte Oper in Frankfurt, Herkulessaal in Munich, KKL in Lucerne, Zürich Opera, Salle Garnier in Monte-Carlo, Palais des Beaux-Arts in Brussels, Brucknerhaus in Linz, Auditorio Nacional in Madrid, Auditori in Barcelona, Palau de la Música in Valencia, the concert halls of the Moscow and Milan Conservatories, the National Philharmonic Hall and Polish National Opera in Warsaw, and KBS Hall in Seoul, among many others.

The music of Chopin has been a constant of Angelov’s performing career. During the 1987–88 season he performed the complete solo-piano works by Chopin in a cycle of twelve recitals, a unique event for which he received the prize of Young Musician of the Year in Bulgaria. He has also participated in some of the most significant Chopin festivals in Europe, including the “Chopin and his Europe” Festival in Warsaw. In 1999 he presented, in a cycle of recitals, the complete works of Chopin in Madrid and other cities around Spain. Ten years later, in the 2009–10 season, he again performed the complete Chopin in Spain and Bulgaria. In 2000 his recording of Chopin’s rondos and variations was awarded a Grand Prix du Disque Chopin by the NIFC in Warsaw. The labels for which Ludmil Angelov has recorded include RCA, Danacord, Gega New, Pentatone, Non Profit Music, Toccata Classics, Hyperion, Vela Records and Virginia Records. In June 2015 he recorded, along with the BBC Scottish Symphony Orchestra, the world-premiere recording of a recently discovered early piano concerto by Moritz Moszkowski for Hyperion.
Ludmil Angelov teaches at the New Bulgarian University in Sofia, where he has been an Honorary Professor since 2013. He gives masterclasses all over the world and has served as a jury member at many International Competitions, including the Fryderyk Chopin Competition in Warsaw (2010, 2015, 2021). In November 2011 he was awarded the Gloria Artis medal by the Polish Ministry of Culture for his contribution to the international promotion of Polish music.

Angelov is a member of the Royal Academy of Fine Arts of Toledo, Spain, where he directed the Toledo International Music Festival for 21 years. He is also the founder of the festivals Piano Extravaganza and Cameralia in Sofia.